Hi friends! Yes it is another Smithsonian Heritage Month! Or, whatever. I’d link you, but the Smithsonian website is down O_o. So, if you’re interested, the Women’s History Month government page is up. You might be all “but Lime – if this has been a thing, why didn’t you celebrate it last year?” Well, two answers. I had this sneaking suspicion even in 2013 that 2014 might kick my ass. Also, because I had no idea how the Heritage Months would go and figured “well, focusing on romance is kickass enough and sufficient for ALBTALBS.” But for 2015, we’re kicking it up a notch! So without further ado … here’s Kim with her contribution! 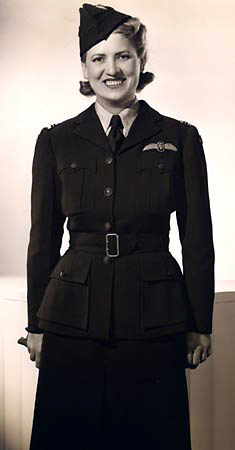 My oldest son recently wrote an essay for a scholarship offered to military dependents. The topic was unusual – discuss a woman who contribute to WWII. He wrote about Jacqueline Cochran, a trailblazing woman in military aviation. She developed an interest in flying in the early 1930s, ultimately setting speed records along with Amelia Earhart. With the arrival of WWII, she volunteered to ferry planes to Britain and advocated for the Women’s Airforce Service Pilots (WASPs) once the US entered the war. After the war, she broke more records. From the National Aviation Hall of Fame: END_OF_DOCUMENT_TOKEN_TO_BE_REPLACED